I was honored to be interviewed and reviewed by 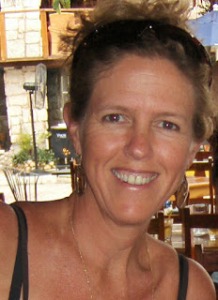 Now for the beginning of her interview of me.

I’ve been looking forward to this interview, Ronovan. Your constant help to new aspiring authors has earned you a place among the leaders in the literary world. It’s a pleasure to interview such a great guy, but I have to say… You are so normal and approachable. All of us are forever in your debt and are looking forward to getting to know you a little better.

So, let’s get started:

Heidi:
What genre do you write?
Ronovan:
Historical Fiction seems to be my natural leaning. Although, I have been working on a Southern Contemporary Romance for a while now. For the most part history finds its way into my thoughts. I have several manuscripts that deal with something to do with the past.

Heidi:
When did you start writing?
Ronovan:
I guess it’s been at least 20 years now, but the real sit down and do it part has been the last few years. That’s when I began to pay more attention the craft of writing itself, in how to tell a story the right way.

Heidi:
What are you working on now?
Ronovan:
I’m working on the Southern Romance I mentioned. I also have a YA Historical Adventure I go to when my brain needs a rest from the Romance. The YA book is one I wrote in the present but it’s gone back and forth between past and present in the idea stages. The manuscript is complete in the present version but I want to change it.

Who is your favorite character in your stories?
Ronovan:
In the book I just released, Amber Wake: Gabriel Falling, Captain Gabriel Wallace is my favorite for various reasons. I also like a character named Gimby, he’s the helmsman for Wallace’s ship and has a matter of fact way about him people can’t help but like.

Click HERE for the rest of the interview PLUS Author H. Schussman’s 4.5 Review of Amber Wake: Gabriel Falling

Would enjoy hearing what you think. Cancel reply